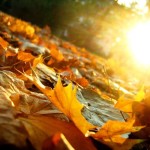 Before I wrote Devotion, I had this story in my mind about this young couple that had been together for a long time. It was a relationship that seemed impossible in other people’s eyes. While she was a bubbly, over the top type of girl, he was a reserved, quiet type of guy. I even had a name for him in my mind; Philip (later includes a last name). This relationship was always seen from the outside as something fragile, something that appeared to be built based on something other than love.

I had only this part of the story in my mind for some while and then developed the plot (all mental notes) where the woman became friends with an independent songwriter who came to influence her life directly and indirectly. The friendship was platonic to her at first, but not to him (the songwriter), where he developed feelings for her inevitably. When Philip died (an eventual death), the woman became to accept the songwriter into her life, romantically. But he soon realized that her devotion was only for the one man that everyone thought was not a match for her; Philip.

I developed the story a little bit more and tried to write it into a short story of around 5,000-7,000 words, but I only managed to write a small chunk of it (what you see here as Devotion) and then I got writer’s block. I left the piece of my writing in my notepad and ignored it until I read it again and decided to publish it here in the form of short short story of less than 1,000 words.

So what you read in that short short story was what was going on inside the mind of the songwriter, where he had a sense of guilt building up in him, feeling like he had taken what was not supposed to be his.

The short short story, standing on its own, can be interpreted in different directions, up to a reader’s perspective. So what was your perspective when you read the story? Tell us!