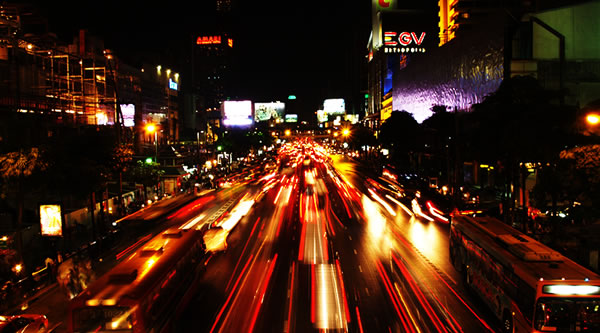 “Do you have a boyfriend?” he asked, sipping his Brandy. But not before he cast his magical smile unto me. That magical smile must have worked so well for him in this place. I looked at that smile and saw his lips move elegantly when he uttered his question to me. When he put his glass down to the table, I realized it was still full like before he picked it up. He probably didn’t like my choice of drink tonight. He had it here on this table because he had to.

“I do,” I said, quietly. And then it was my turn to play with my own glass of Brandy he poured me earlier. I didn’t really drink Brandy. But I didn’t like anything on the menu either. A glass of water was not a choice.

“What’s his name?” he asked. I shifted my gaze back to him. He must’ve read my lips. He must have already been good at reading lips working this job, didn’t matter if he liked it or not.

“Joshua,” I said, a little louder this time. Saying the name out loud in a place like that felt odd to me that I immediately dropped my gaze down to the table and stayed silent for a long time. He did not say anything. He was probably waiting for me to say something. Or he was probably trying to guess what problem could I have that brought me to silence at a mention of that name. The problem was not Joshua. It was Amy. She was his girlfriend, and I was falling in love with her.

“What did you say?” I flinched, taking my view back to the man in front of me, realizing that I might have said it all out loud. Or I might not, he probably could read minds too. When my eyes laid on him, he said, “What do you mean?”. It was a question, but he said it so softly, so elegantly, with a smile so charmingly, I wasn’t sure if the question really demanded an answer. Not until he repeated it and I noticed a frown on his face. He wanted to know the answer. Not because of his job as a host. Not because he had to keep me talking. He personally wanted to know the answer. The answer that I myself didn’t have.

I stood up immediately from that leather banquette sofa and left the table in a hurry, surprising him. From the glimpse of my eye I saw him coming after me. His wavy bleached light brown hair bounced back and forth as he jogged after me, much like Joshua’s.

I quickened my pace to the door, ignoring the striking lights of the club that began to daze me, ignoring a few hosts at the door who were probably saying something to me, and in a few minutes I was back in the street of Bangkok, leaving that lusty feel of Mongkut Host Club half a mile behind me. In the next few minutes I was walking the dark alley leading up to my motel. The next morning I flew back home. Back to my job. Back to Joshua. ——And Amy.