“Ryan tries to forget about what happened between him and Claire. But can he really forget everything when something he least expected happens?”

This story is part of the Claire Romantic Series. 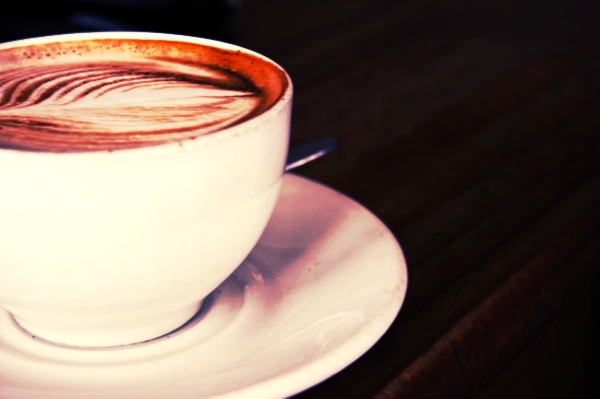 It didn’t matter what time I woke up the next day. The next thing I knew I was in that cubicle, staring blankly at the computer screen, wondering if I had been quite an idiot those past two days. Everything felt flat that morning. I avoided going to that particular photocopy machine. I had learnt to stick to my cubicle most of the time, even at lunch hour. I even learnt to shut everything down around me until it felt like I was the only person, alone, —in the whole office, —in the whole city, —in the whole world. And then it was just me, and my cubicle. All alone, in the whole universe. What brought me back to the real world was Sean, the guy opposite of my desk, who was complaining to me about the cancelled meeting that I wasn’t a part of.

“At least you get paid more than I do,” I said indifferently. A bit tired too, maybe. Sean didn’t seem to hear that. He was now back at his desk, now complaining about the Vice President that didn’t turn up at the meeting. My heart had a jump for a moment when I heard the Vice President’s name —Claire Scott, was mentioned this way. The Vice President. As if that was all she was to me too. Shaking off all the thoughts, I forced myself to get back to work.

It was probably almost an hour later when I got a notification on my computer of a new incoming email. I was almost in disbelief seeing who it was from. It was her. And she asked me to meet her at ‘that shop that night’. My heart was racing in an instant. And so I went, carefully leaving the building. I wasn’t going to get fired if I were found out, was I, considering I was only doing what the Vice President asked me to?

I didn’t notice her the first time in the coffee shop if she didn’t wave at me. She was at a table far end corner of the shop, wearing a white jacket with the collar pulled up covering her neck, shades, and a hat.

“Hi,” I said as I sat in front of her. I realized I was still a little nervous seeing her again like that.

“Hi,” she said, taking off her shades.

“You missed a meeting,” I said. She replied with a smile, and then a quick sigh. “I did,” she said.

It didn’t take long before the conversation turned from casual to something personal, when she opened up to me and told me the real reason she didn’t turn up at the office that day.

“I get sick of all of that, my job, what I’m doing,” she said. Strangely, it didn’t sound unfamiliar to me.

“Do you love what you do, Ryan?” she asked me. I was surprised (and pleased) she remembered my name. How else would she know to look for my email address at the company. ‘Ryan from Sales department’, I remembered her saying that night before we parted ways.

“When I was a kid, I thought I was meant to do big things when I get older. I dreamt of doing everything in the world except what I’m doing right now. Funny, isn’t it?” she said, and gave a chuckle. I didn’t know what was so funny about holding a job as a VP of Marketing and Sales in a fairly large company. But I kept on listening. And then she asked me again, “Do you love what you do, Ryan?”.

I tried to think of something very clever to say, probably showed her how passionate I was about my job. After all, she was my boss’ boss. But in the end, I just shrugged. “I don’t know,” I said. I thought about the nightmare of getting up every morning. “I actually hate everything about it,” I said finally with a sigh.

“I really do,” I said quietly, more to myself this time.

“Scary isn’t it?” she said, not really looking at me. “I don’t even know how I got here,” she added, playing with the tip of her coffee cup. After a while she let out a big sigh. “But if there’s someone to blame, it’s none other than myself. At least I know that much,” she said, with a kind of regret in her voice.

I thought of what she said. Thought of my own life.

“What was your dream when you were a kid?” I asked. Suddenly I felt like I had to know.

“I wanted to be a painter,” she said with a smile of embarrassment. “I wanted to create an art that lasts forever.”

I was surprised, or probably a bit amused at her reply. “You’re good with painting?” I asked, interested.

Her expression changed slightly. “No,” she replied almost quietly. Now she was reaching into her pocket and took out a pack of cigarettes and a lighter. She lit up one cigarette in her mouth, not offering me any, which I was thankful for.

“When I was younger, I thought it was interesting to be a songwriter. Making songs, you know? Sad songs when I’m sad, happy ones when I’m happy,” she said after a few puffs, indulging herself in that thought.

“You know what those have in common?” she asked me.

I thought for a moment and said, “Fame?”. She laughed softly and shook her head, locking me with her eyes as she did that.

“It’s the ability to freeze a moment and make it live forever. To make people believe in it with all of their hearts,” she said with a kind of passion I had never seen. At that moment, I knew I was seeing someone different than the Claire Scott I knew in my mind all the years working in that company. I was seeing the other side of her. The other side of her no one back in the office had probably known. The side of her that she willingly shared with me.

“Where?” I asked, a bit surprised.

“Anywhere far from this place,” she said, putting out her cigarette.

And so we took a train, headed to the center of the city, ate ice cream and watched street skaters do tricks as they always did in front of Mariongate Square, went karaoke until it was close to dark, strolled the city park in fair darkness, and finally sat side by side in the open space at the park watching the stars in the night sky.

It was just me, and her. Alone. Sitting quietly in the night.

“Are you coming to the office tomorrow?” I asked her.

She put her finger against her lips, signaling me to not ruin the silence. And then she leaned closer to me and whispered in my ear, “I have to”. It made me nervous being too close to her like that. She probably noticed it too, much to my embarrassment.

We watched the stars in the open sky for a bit longer. And then we took different trains, each of us heading to different routes, saying goodbye before we did so. I headed back to the office, took my things, and drove home in my car. Everything that happened was too overwhelming for me that I couldn’t fall asleep that night.