“Riverbanks, Kenasis is a city of hopes and dreams. It’s in this place he found his hope, just when he was about to give it all up to loneliness.” 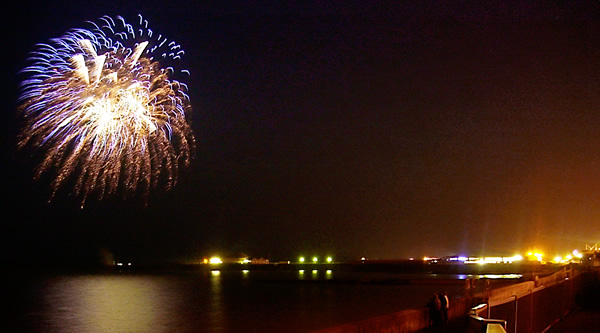 I was born in the year of 1989. A leap year in Kenasis calendar. Year that only happens every 75 years. Year that was believed to bring bad lucks and grievance. A bad year, according to Kenasis folklore. I didn’t believe in folklore until 1998, it was when my mother died and I was sent to live with my grandparents. When they too, died, in 2003, and I was sent to live with Aunt Lily, I started believing that bad lucks and grievance were my destiny. But one of those nights, still, I would entrust my wishes to shooting stars. One of the wishes was, to leave the town and never come back.

In the year of 2007, my prayer was answered. That year, a neighboring country, a former alliance, strengthened their army and announced an allocation of extra funds to their defense system. Kenasis government reacted by making spur on the moment decisions in strengthening our own defense. Fresh high school graduates were recruited into the military and police force against their will. So together with half of the people who were born in the same unfortunate year as I was, I was sent to the Riverbanks city to go through intensive tests and training to be signed on to the police force. That summer, I packed my bags, climbed the bus that would carry us to Riverbanks, and had never since come back.

Riverbanks was, to my surprise, different than it had been in my dreams. A big city. A city that came alive when the sun went down. A city of lights. Some called it a city of hopes. People came here in search of a new hope. I found mine in the sixth month I was there, in the winter of the same year, the same time fireworks were exploding in the sky welcoming the arrival of the new year of 2008.

I was walking down a crowded street of Riverbanks, passing shoulders after shoulders, catching laughter after laughter, in the eve of a new year, only to feel more and more lonely than I had ever felt. More and more lonely by the moment the minute hand on the clock eclipsed the hour hand at twelve midnight, and the fireworks started exploding in the sky. I heard claps, whistles, and cheers. I remember thinking, to the beautiful sight of the sky, ‘How can a city so big, a crowd so loud, make a man feel so lonely?’. It was then that I felt someone tapping me on the back and heard a voice that followed it, pulling me back to my conscience. “You dropped your hat,” the voice said. I turned and saw the owner of the voice. She was already half a step behind me, looking up to witness the beauty of the burning skies. I could almost see the beautiful fireworks in the reflections in her eyes, their showery light sparkled in her eyes.

“Beautiful, isn’t it?” she said, not moving an inch. Her eyes were bright, probably as bright as the fireworks that exploded in the sky that night. It was then that all things turned silent. The crowd hushed. The fireworks were bursting without sound. And I no longer felt lonely.