Read love short stories online free. Get into the mind of Sandy as she dwells with her decision in “Shining Sun”. 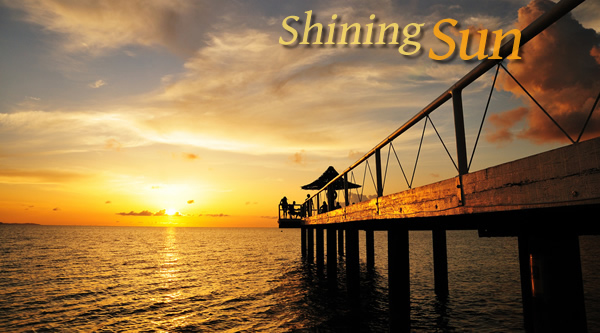 The cries of seagulls from far away woke me up that morning. I had cried the night before. I must have looked silly now with swelling eyes from the crying. The sunlight was on my face, crashing through the thin curtain hanging on the window. It reminded me of him.

“Look at the sun, Sandy,” he had said.
“Why, what about it?” I remembered asking.
“Isn’t it like you?” he said. His eyes were thin against the sunlight. His hand was on his forehead, shielding his eyes from the brightness of the sun.
“Why me?” I had asked. He put his hand down and turned to look at me in the eyes. Softly, he said, “It warms me the same way you do”. I remembered his smile when he said it. Even then, I had begun to admit that I loved him. Even in my confusion of his sudden presence in my life, I had given it a room to admit that I loved him. Him, whose presence was like a ghost, smiles angelic.

Sand castle was all I could ever build after all. I went to the beach the day before, walked barefoot along the shore, allowing the tide to softly caress me in the feet. I had been sad, but when I looked up to the sky and allowed myself to fall back, to lie down against the sands, I found that all I could feel was anger.

“I don’t believe you!” I yelled to the sky. But the sky stayed still. Blue and pretty as it had always been. No matter how loud I yelled and screamed, my questions remained unanswered. A second goodbye shouldn’t be so hard to bear, should it? Especially if you’re the one saying it. And I said it.